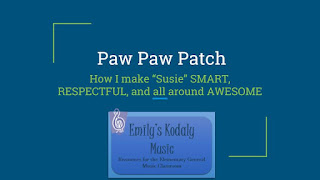 I love this game and the activity that goes with it, especially because paw paws are grown in the town I teach in! It is an awesome song for teaching tika-tika, preparing for folk dances, and more.  However, lately, I am wanting to be more sensitive in regards to gender and gender stereotypes.  Calling the Susie pretty, and then having only the boys be the ones who go find her was bugging me a little.  First I made the easy change in the 2nd verse- instead of come on "BOYS" we have always sung come on "FRIENDS."  The first verse, however, has been more of a challenge to figure out an awesome way to change it without taking away from the original.

When I learned this song, to set up the long-ways set, we had the girls on one side, then the boys on the other.  The head girl skipped around the boys on the first verse (where oh where is pretty little Susie).  Then for the second, all the boys walked around the girls (come on friends, let's go find her). For the third  (pickin' up paw paws...), we cast off (or as some say, peel the banana) and get ready to start again with new people at the head of the set.

I still teach the song as the original but when we do the movement, I do not have students line up boys and girls, but rather just in two lines.  I try to avoid splitting my classes by boys and girls as often as possible.  School (even elementary school) should be a place where kids come to learn and grow, not to feel uncomfortable because they don't feel they belong.

I then let the first student in the line on my left (who would normally be pretty little Susie) choose an adjective to describe themselves and we sing that as we do the movement.  I have had "Strong Little Jack," "Cute Little Caitlyn," "Awesome Little Emily," "Smart Little Chloe," and more.  Once students get used to changing the first word, we can also change the "little".  Some of my favorites of this version have been "Xander, the Leader" and "Oaklee, the Brave." We are only changing the words, the movement stays the same. It is so fun to hear how students describe themselves.

It would also be awesome to have the class come up with a positive adjective to build the head student up. How neat would it be for a student to hear 4 or 5 things other classmates see as positive traits and then choose their favorite? 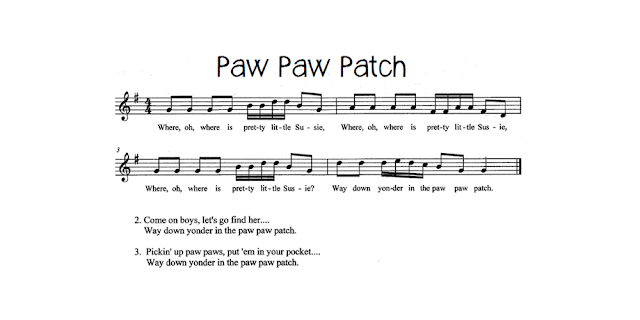