Blue (I Had a Dog) and Eyes of Blue

Every once in a while I come across a song that I like, but that doesn't have a game or instrument part already with it. I love these songs because I, and more importantly, the kids get to be creative.  2 such songs are "Blue (I Had A Dog)" and "Eyes of Blue".

Blue (I Had A Dog) I use to teach half note.  I love the story that the verses tell (though I usually stop before the verse that mentions the dog getting sick and then going to heaven.). I typically teach my students to sing just the first verse.  We sing the song, while a few can improvise on the instruments, which are set up in F pentatonic.  The instuments players get a chance to practice landing on "do" on each half note in the song.  This not only helps me assess instrument technique, but also helps to isolate the half notes, during both the preparation and practice stages of learning. With the Es and Bs off the instrument, even if a kid forgets to land on "do", it won't sound bad.  I may eventually start to lead the students towards a coming up with repeated patterns and then have the class vote on favorites to be written down as accompaniment for the song- once it is written down, it is now composing! Yay! This song has been recorded by lots of children's folk singers like Peter, Paul, and Mary (hear it here), The Byrds (check it out here) or The Dillards (hear their version here- the song doesn't start til about 3:45 on this one).  It is also fun to have the students listen to it or sing along and discuss similarities and differences.

Here are the lyrics, solfa and rhythm for verse 1 (note I= ta/ quarter note, II = ti-ti/ paired eighths, and d = half note.) 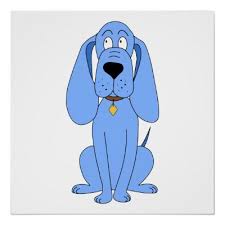 Eyes of Blue I use to teach high do.  I have turned this song into a Rondo Rhythm or Melody Game.  The students sing the song while I choose one to pick 2 of the predetermined rhythms or melodies to say/ sing as an interlude. Each rhythm/ melody is 4 beats long. (Sometimes I add lyrics to the rhythms to go with whatever holiday is coming up.  This song works great for Valentines Day and Christmas.) The student says their 2, the class repeats, then we sing again.  All students are instructed to have their rhythms ready, just in case they get called on.  Level 2 of the game is the soloist claps the rhythm, or plays the rhythm / melody on a xylophone.  The class has to translate and say the patterns out loud.  Level two takes a few weeks to be really successful.  We do level one a lot before we even get to level 2 as well.  I will probably have the students compose an ostinato to play along with the melody as well.   This song comes from the Kodaly Context on pg 247. 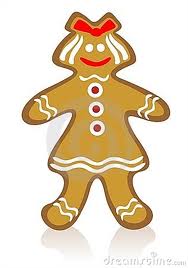 Posted by Emily Jencson at 4:44 PM