One of my favorite songs to teach is "Who's That (tapping at my window)?"  I use it for so many things.  The students first learn it in 2nd grade when we are working on Half Note and we also use it for the d-s jump in the same year.  It comes back again when we learn re. 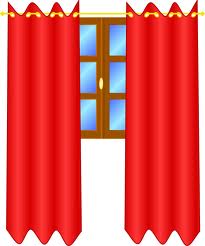 1) The kids love this song because of the Game (which I use as a singing alone assessment.)  For the game, 2 kids hide their eyes (I have mine go behind the piano) and the whole class sings verse 1 - Who's that, etc.  Then I point to one student who sings (in their best singing voice) verse 2 - I am, etc.   The students who are behind the piano then have to guess who the singer was.  They get two guesses.  If they get it right they stay behind the piano (up to three turns) and if the get it wrong, the person who "tricked them" gets to choose a friend to be the new pair behind the piano.   If a student uses a silly voice, I allow the people behind the piano to guess, but I then ask the singer to sing again in their best voice so I can hear the 5th jump (d-s).

2) I also use this song as an intro to harmony.  (I got this idea from Game Plan 2 and it has a GREAT visual!)   We start with most of the class singing the song with someone on a xylophone or metallophone playing the do-so (and then tremelloing on the so for the rest of the phrase).  After the students get good at this and all have had a chance to try playing, we have 1/2 of the class singing the regular song and 1/2 singing the d-s and holding the so until the end of the phrase.  A few still play on the instruments at this time as well.  This is a great opportunity to talk about breath support and making sure as you are holding a note it is not getting uglier as it gets longer.

3) One of the other activities I do with this song (and many others) is isolating the rhythms OR the solfegge and assigning one of each to a row in my classroom.  Row one may be the half notes, row two the quarter notes, and row 3 the eighth notes OR group one is do, group two is re, group three mi, and group four so.  The students only sing the type of beat/ note assigned to their row and stand when it is their turn.  We sing it on rhythm/ solfa syllables and then on words.  This is an idea I got from OMEA and both the students and I LOVE IT!!!

Posted by Emily Jencson at 8:23 AM